Bad news fellow bloggers 😥
My entire blog is displaying incorrectly in the reader. More tags and featured images do not work at all.

I’m ready to give up on blogging because basically I will need to start from scratch with a new theme and figure out a workaround for this new reader bug!

Every single post will need to be edited to remove more tags and as far as the featured images go I have no idea how to fix it so that they work in the reader again (they were working in my posts last week.)

UPDATE: There is something going on with reader. It appears as though wordpress is making some changes in how the reader works. Earlier today my posts were missing more tags, featured images, and titles when viewed in the reader (feed.) I think I will take the advice of family and blogger friends and take a break from blogging for a few days. I’m hoping wordpress will resolve the issues.

ANOTHER UPDATE: I really feel like deleting this post now, but I decided to leave it in case someone else out there is feeling discouraged. Just a reminder we all get discouraged at times and you are not alone!

ballancing the challenges of daily life and finding strength for journey...

Love, Support, Educate, Advocate, Accept... by Liana Seneca is licensed under a Creative Commons Attribution-NonCommercial-NoDerivatives 4.0 International License. Unless otherwise indicated, all content is my own. You may reblog and share original content linked to this blog without prior permissions. Additional permissions for photographs (excluding photos of people) may be obtained by contacting me.

Information, Inspiration, and Humor for Families and Friends of Children with Autism and Special Needs 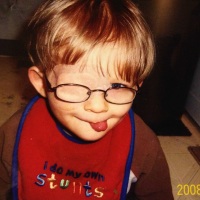 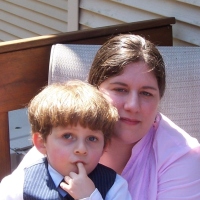 Travel and Street Photography From Around the World

Notes From the Vicarage

A year long experiment in what happens when a matriarch, three ministers, three dogs and a flerken try to live together.

A Blog About Trying... And Sometimes Failing

With a hop, skip and a jump

'And above all, watch with glittering eyes the whole world around you because the greatest secrets are always hidden in the most unlikely places. Those who don't believe in magic will never find it.' Roald Dahl

Rebelling against a culture that values assimilation over individuality.

You are braver than what you believe.

MINDING MY P'S WITH Q

A LOT OF P'S WITH A BIT OF QUIRKINESS THROWN IN FOR GOOD MEASURE.

Your Source For The Coolest Science Stories

A blog full of humorous and poignant observations.

The Grand Gent Files: musings of an ex-lawman

If I see it, feel it, think it or remember it; there's a good chance you're going to read about it...

Be A Positive Light
Your Autism Cuppa

Pull up a chair and have a cuppa

Chronicles of an Orange-Haired Woman!

Information, Inspiration, and Humor for Families and Friends of Children with Autism and Special Needs

Swapping Suits - swapping the suit and tie for a wetsuit

All the news on the must-have app for gardeners.

A blog dedicated to my personal research on intellectual and developmental disabilities, to becoming informed, and to raising awareness. Dedicated & inspired by my older brother, Doug.

Learning the importance of self-worth

Give the boy a chance

"Once you learn to read, you will be forever free." Frederick Douglass

Must Be This Tall To Ride

I'm a single dad documenting his journey. A guy trying to walk a higher path. And messing up. A lot.

Hi there. I am a father of 2 autistic boys. I blog on the day to day challenges and victories of raising these special kids

'all our lives are a poetry - awake our souls.' ~ Battling the hypocrite within ~

Writing about things for the sake of it

The Story of Braxton Joseph

http://kodiakmylittlegrizzly.com
Caption Everything
Deaf/Blind and Running

I am going Deaf/Blind. I don't run from my disease, I run outside.

A Journey of Hope to Independence and Acceptance

The planet is our home; we need to be more responsible. Here's what I do.

Sharing a creative life, one post at a time!